Gerald Vizenor is a prolific novelist, poet, literary critic, and citizen of the White Earth Nation of the Anishinaabeg in Minnesota. He is Professor Emeritus of American Studies at the University of California, Berkeley. His novels Shrouds of White Earth and Griever: An American Monkey King in China won American Book Awards, and the latter also earned a New York Fiction Collective Award.

His new novel is TREATY SHIRTS: October 2034—A Familiar Treatise on the White Earth Nation. 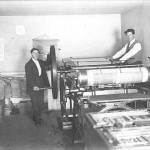 Theodore & Augustus Beaulieu in the “The Tomahawk” press room. Image courtesy of the Minnesota Historical Society. 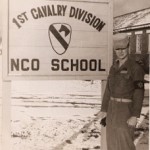 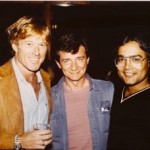 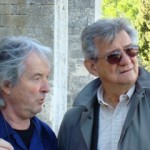 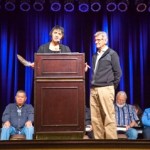 If you have any questions or experience problems with our site, please contact selliott@wesleyan.edu.